Tomorrow’s Dream has only been operating as a site for a short while, but we have been listening to a lot of albums all through the year. It’s been a very great year for Rock music.

The 15 albums we chose as best of the year 2015 are a pleasant mix of established names, emerging talent and breakthrough acts. These albums had that certain something that kept us coming back to them again and again. And as the translation of music to the live experience is important to us it helped in the decision making that we saw 10 of the 15 featured bands live this year. 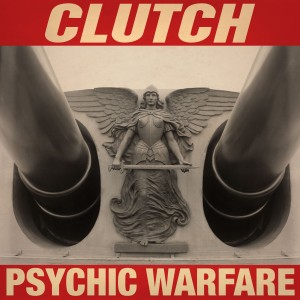 Clutch was true to form in delivering  Psychic Warfare. Their eleventh album is varied and impressive in quality and production. Relased by their own Weathermaker label. 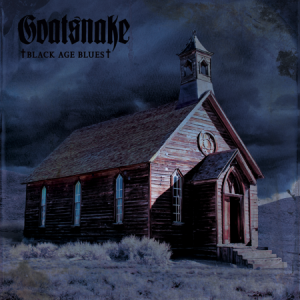 Goatsnake‘s Black Age Blues came out of nowhere. After 15 years of absence the boys proved they still had all their chops and knew how to make a classic Doom album. A Southern Lord release.

Horisont – Odyssey. These guys are breaking out of the shadow of their illustrious Swedish genre mates and this album sees them maturing into a force to be reckoned with.  Irresistible guitars and organs painting elaborate musical landscapes. Released by Rise Above. 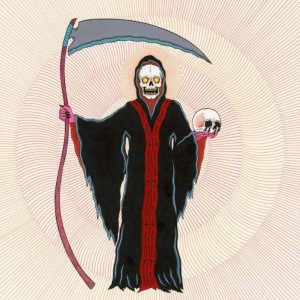 Stoned Jesus‘s third album,  The Harvest, showcases the result of their steady progression through constant gigging into their own mature style. The album has some interesting mystical elements and really sounds intense.

Snowy Dunes have been flying a bit under the radar perhaps, but their self-titled debut shows that this is a very talented bunch indeed. Desert Cold alone is a song so strong it is worth the price of admission alone. An excellent album by a band that should be going places soon. 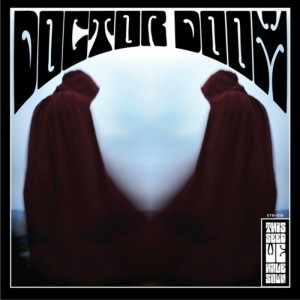 Doctor Doom‘s This Seed We Have Sown hit me like a brick the first time I heard it. What a debut, this retro-rock extravaganza manages to hold your attention from start to finish without a problem. Released by Ripple. 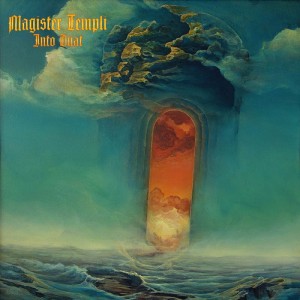 Magister Templi has been making new fans all over Europe with their tour promoting Into Duat , an occult rock album the likes of which you would think would not be made anymore. Think again. The band sounds very polished, and frontman Abraxas Lancelot d’Ruckus weaves his intricate lyrics almost into ceremonies. Released by Cruz Del Sur.

The story of Iron Maiden‘s The Book of Souls should be familiar to all. The quality of their releases remains incredibly high, but this is the first album since their rebirth with Brave New World that a bit of the hunger seems to have been stilled, and most of the songs do sound eerily familiar.  That said, Empire of the Clouds is an awe-inspiring modern classic. 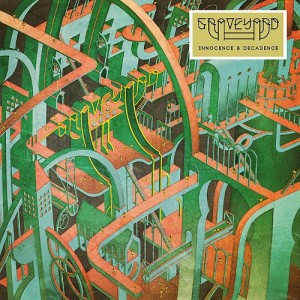 Graveyard released Innocence & Decadence to an eager audience and the album did not disappoint. The band keeps growing and shifting nuances in their music as they go along. Not a weak track to be seen. A Nuclear Blast release.

The Vintage Caravan – Arrival. The second album from these young Icelanders shows their progression in composing compelling songs and their growth as a band.  Especially Innerverse and Eclipsed show a lyrical and musical depth that any 70s Rock band would have been proud to have. Released by Nuclear Blast. 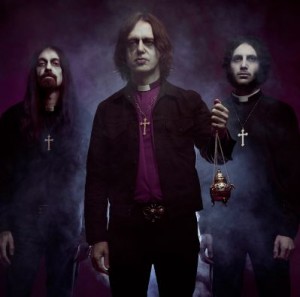 I was excited when I saw With the Dead‘s artwork. I was pacing the room in anticipation until the album would arrive. And when I finally had it played it three times through whilst my windows vibrated dangerously with the heavy tunes of this Doom supergroup. These veterans show how it’s done. Released by Rise Above (obviously). 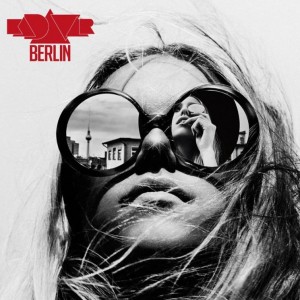 Kadavar‘s Berlin came highly anticipated as well, they had been going from strength to strength touring Europe and the Americas, and this follow-up to Abra Kadavar does not disappoint. They trimmed the edges a bit and played around with some more accessible song structures but that does not detract from their own style and charm that is still oozing from every groove. Released by Nuclear Blast. 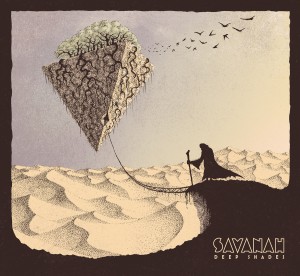 Savannah – Deep Shades. Now where did these guys come from? They are still at on the cusp of their career but this debut EP is showing tremendous quality and potential. The opener en closer, Deep Shades and Blue Reality are without a doubt the best I have heard this year. Musically the band is incredible, and the eerie vocals complement the music perfectly. This is one of those albums that seems lost in time. Released by StoneFree. 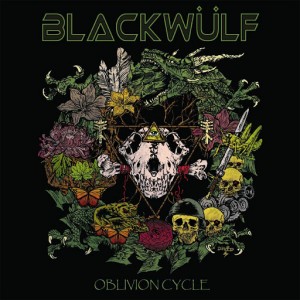 Blackwülf – Oblivion Cycle. JdW reviewed this album here and was very impressed, giving the album a rating of 91/100. No doubt there are great things in the future of Blackwülf and I can’t wait to hear and see. A Ripple release. 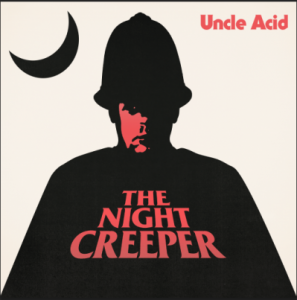 Uncle Acid & The Deadbeats managed to impress me the most of all with Night Creeper. From start to finish their particular brand of Psych grabs you and takes you along on their journey. A masterwork. Released by Rise Above.

That’s the lot for 2015, thanks to all bands and everyone involved in making the albums for a magnificent year in music. Hope we can keep the momentum going into 2016 🙂

Shocked and saddened by the sudden death of Lemmy today I decided to look back to the last time I saw Motörhead live. London’s Hyde Park was the venue, on just about the hottest day ever recorded in the city. At that time Lemmy’s health had been an issue for a while and this would be their first UK show after a while. When I was waiting for the band to enter the stage I chatted a bit with the people around me, a lot of young people who were there at their first festival and the first time they would see Motörhead. The atmosphere was jubilant, and  the folks around me were looking forward to see their hero in the flesh.

The band came up to a thundering crowd reception, and I could swear Lemmy was a bit touched. He looked somewhat fragile, pretty worn and tired, but he righted his back, smiled at the crowd and assumed his legendary pose under his mike.

Kicking off with Damage Case the oiled machine that was Motörhead grabbed the attention of everyone in earshot and took them along on a rock and roll trip as only they could. The band was really up for it, and the still relatively fresh public (Motörhead started playing around quarter to four) reacted very enthusiastically.  I could feel new converts being made all around me, that first Motörhead show is precious and maybe live-changing 🙂

Halfway the set Doctor Rock turned into an extended drum solo, clearly a moment to give Lemmy a breather. I personally have heard enough extended drum solo’s to last me a lifetime, but it was easy to bear there given the atmosphere, and the circumstances.

Returning with Going to Brazil the band fired up again, and played a few more songs before finishing the set with the epic anthem Ace of Spades. Another brief break led into the only encore, Overkill, and the band bowed out to a rapturous farewell from the crowd. The shouts of “Lemmy” would endure for a bit while the set was being changed.

Even though Lemmy was struggling a bit at times to get his vocals up to the right volume his stage presence  it was a great show, and I will cherish this memory.

Lemmy was truly unique, and the world is a bleaker place without him.

I first became aware of Blackwülf when I received their newest album in my bandcamp collection through my Ripple subscription. I like playing an album without any preconceptions like this, and from the first few songs Blackwülf had reeled me in. This Oakland quartet weave their 70s Sabbath-inspired riffs into a very pleasing soundscape, taking you along on their ride.

Colossus opens with a light and pleasing intro riff, shifting gears into more heavy riffage for the verse and chorus after a brief while. From the start there’s no denying the musical intentions of this band. Melodically it flows seamlessly into Memories, which really has some very intense vocal work and a nice fuzzy solo to lead out the song. Acid Reign interestingly starts with interwoven arpeggios with some echoes of Sweet Dreams of all songs, but not in an unpleasing way. The body of the song itself reminds me a lot of Mothership, who I love a lot, and this song thunders along very nicely indeed. Dark Tower is a laid-back folksy link that helps to build on the vibe of the album. The Locusts brings us back in Hard Rock territory, with a song that follows the riff-vocals-rhythm-solo-outro blueprint that is so effective and pleasing to the ear. Wings of Steel has a very strong chorus, and is a nice high-octane rocker overall with a style change halfway that helps to elevate the song to one of the best of the album. Faith Healer and Red Eyes continue on along the same vein, solid rocking songs, I particularity loved the bridge in the latter. Never Forget has an almost ominous start, continuing with the band keeping on-form with their driven playing and intense vocal work, with some rare but effective vocal harmonies. March of the Damned closes the album by evoking the Gothic proto-Doom that can be so pleasing, with more than a passing nod to Sabbath, and indeed it is done very well here. A fitting tribute and an awesome finish to one of the best albums of the year as far as I am concerned.

My overall impression: A  very solid heavy Rock album indeed, paying tribute to the past but having their feet firmly in the present, the band managed to create their own sound from a blend of influences. Has not left my play rotation since getting it. One of the best of its kind released this year, I will follow these guys with interest and hope I will be able to see these tracks played live in the near future.